Welcome to the official website of cellist Meta Weiss!
Here you can find information about Meta, upcoming concerts, media files, downloads, and more.

2019 Following the birth of her daughter, Meta began her new job as the Chamber Music Coordinator at the University of Colorado Boulder! Read about her plans for the program in the Colorado Music Magazine.

November 2017: CD Store is now open just in time for the holidays! You can now purchase a SIGNED COPY of duoW's Blu-Ray Audio & CD directly from metaweiss.com - FREE shipping within the US!

April 2016: Meta has completed her Doctor of Musical Arts degree at The Juilliard School!

December 2015: NEW RELEASE! The debut album of the Weiss-Requiro Duo, A Dué Celli. A tantalizing collection of cello duos that is the perfect blend of virtuosity and atmosphere. Featuring works by Bach, Paganini, Sollima, Jeanrenaud, and Bottemanne. Available at online vendors worldwide - click HERE to preview and purchase the album in iTunes!

February 2015: Meta has accepted the position of Senior Lecturer in Cello at the Queensland Conservatorium! She will officially start in October of 2015.

June 2014: Meta is thrilled to announce that she will be joining the faculty at the University of Puget Sound in the fall as Artist in Residence!

March 2014: Entendre was awarded the Violoncello Foundation's Second Annual Listener's Choice Award! Thanks to all who voted, and congratulations to all the nominees!

January 2014: New Kickstarter Campaign is FUNDED!! Thank you so much to all of our amazing donors! View/Like/Share/Tweet duoW's brand new music video, Stars and Stripes:

September 2013: ENTENDRE is CD of the week on WFIU in Bloomington, Indiana!

August 2013: ENTENDRE is available! Purchase it in stores or online at iTunes, Amazon, eClassical, E-onkyo, and the Sono Luminus website!

Or listen online at Naxos, Spotify, and Rhapsody!

Read what people are saying about Entendre in Reviews! 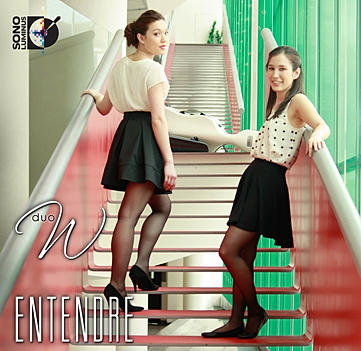 April 2013: Meta has been named the recipient of the Juilliard School's Presser Grant!

March 2013: Meta was awarded a SYLFF Research Abroad Grant and will travel to Moscow in October, doing research for her dissertation!

February 2013: New Official YouTube Channel!  Check it out - and feel free to share it with your friends!

December 2012: Meta and Arianna (duoW) have signed a multi-disc contract with the Grammy Award-winning label Sono Luminus.  They recorded their first album in Virginia at the beginning of December.  Stay tuned for its release in 2013!

September 2012: Check out this video clip of Meta and pianist Rajung Yang playing Debussy live on KING FM in Seattle!

La Scena Musicale selects Ghosts and Flowers as its music video of the day!